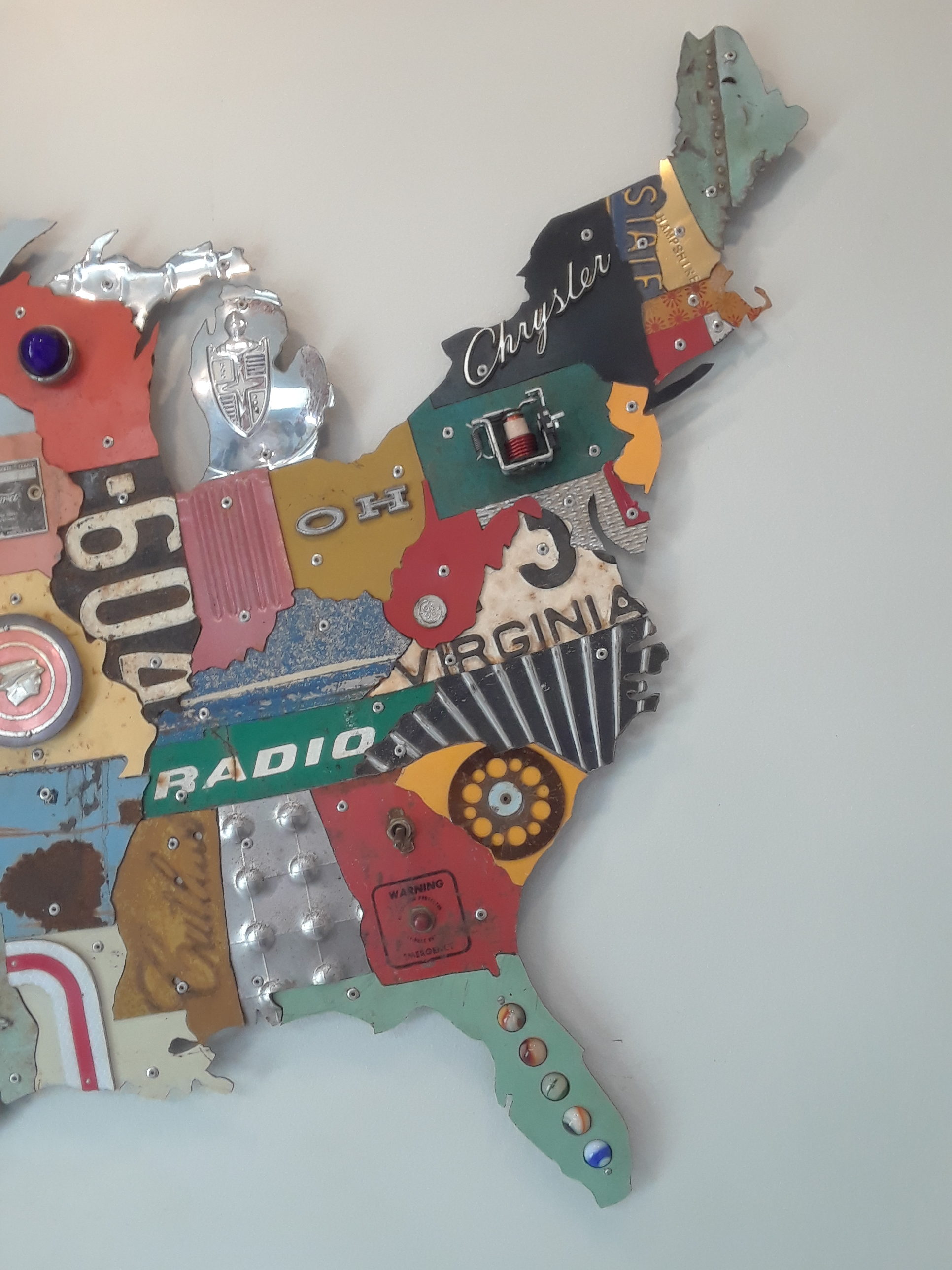 This map is part of my “American Mettle Lower 48” series. I name the maps based upon one of the items included in it. In this case, the “Apache 10” emblem in Montana. From 1955 to 1960, General Motors ran the Apache badge on their truck line. This particular emblem came from the hood of a 1960 Chevrolet. The “10” indicates that it was a half-ton capacity version.
This work is made of sheet metal from automobiles, machinery, etc., and other objects from my collection. Each state is created after carefully selecting the right piece from thousands of parts.
Everything I use had its own life and story before it came to me. I relate to their scratches, dents, faded paint and rust through my own experiences. For me, there is an evocation of nostalgia by using these fragments of old things. My work is not just about what you see before you, but what the parts once were.
Examples:
Oregon – Valve cover from 1964 Oldsmobile V 8 engine.
Texas – Made from the trunk lid of a 1961 Ford Galaxie and a 1961 Texas license plate. “Roy Butler” dealer emblem came from a 1968 Mercury Montclair.
Ohio – Yellow from a 70’s Dodge van and the “O H” are from a 60’s Plymouth hood.
Montana – Roof of an old barn which had been repainted many times and an “Apache 10” emblem from a 1960 Chevrolet pickup truck.
*A complete list of materials is provided with this piece*