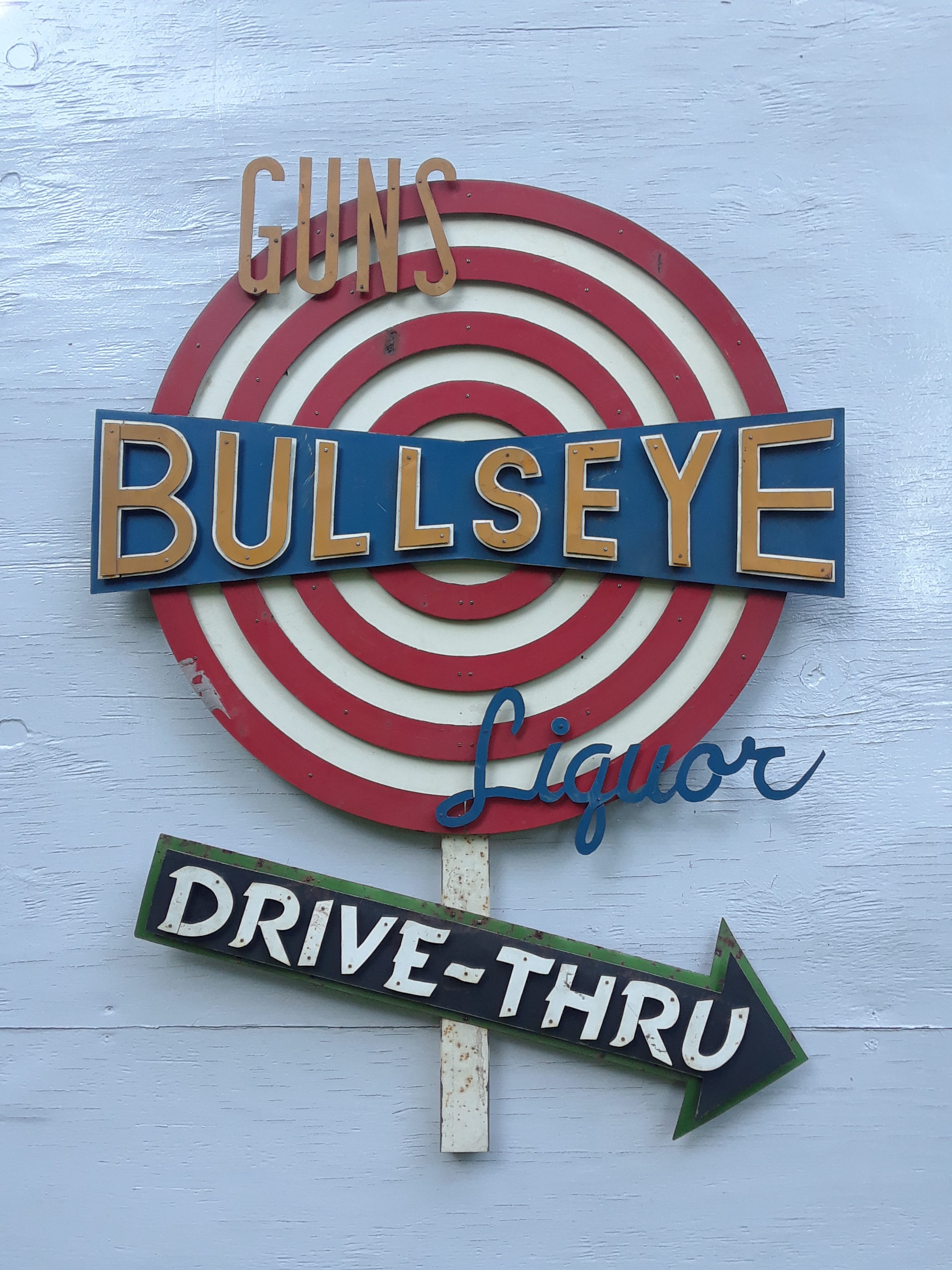 $1500 – The piece started out as an exercise in cutting rings out of car parts with a band saw. Once the bullseye form was created, I didn’t know what to do with it. So I had some fun with a concept.
I’ve seen places like this over the years. The idea of selling guns and liquor together seems like a wonderfully bad idea. The only thing that could make the idea more ridiculous – a drive-thru.
This work is made entirely of vintage car parts. I developed the fonts myself for the “bullseye, guns and liquor”. Drive-Thru is based on “Cartoon” font. I wanted the Drive Thru sign to seem different and appear as if it may have been added later – as the business “developed”.
The weathered material gives an authentic sense of age, and adds to the interest of the piece.
Red rings – trunk deck from early 70’s Plymouth; White behind rings – hood of 60’s Ford Cougar (I think) White (all other) – late 60’s Ford Galaxie trunk deck; Yellow – hood from Ford school bus; Blue – hood of 80’s Chevrolet S-10 ; Light Green – door from ’72 Chevrolet Vega; Dark Green – trunk deck from late ‘60’s Ford Galaxie.