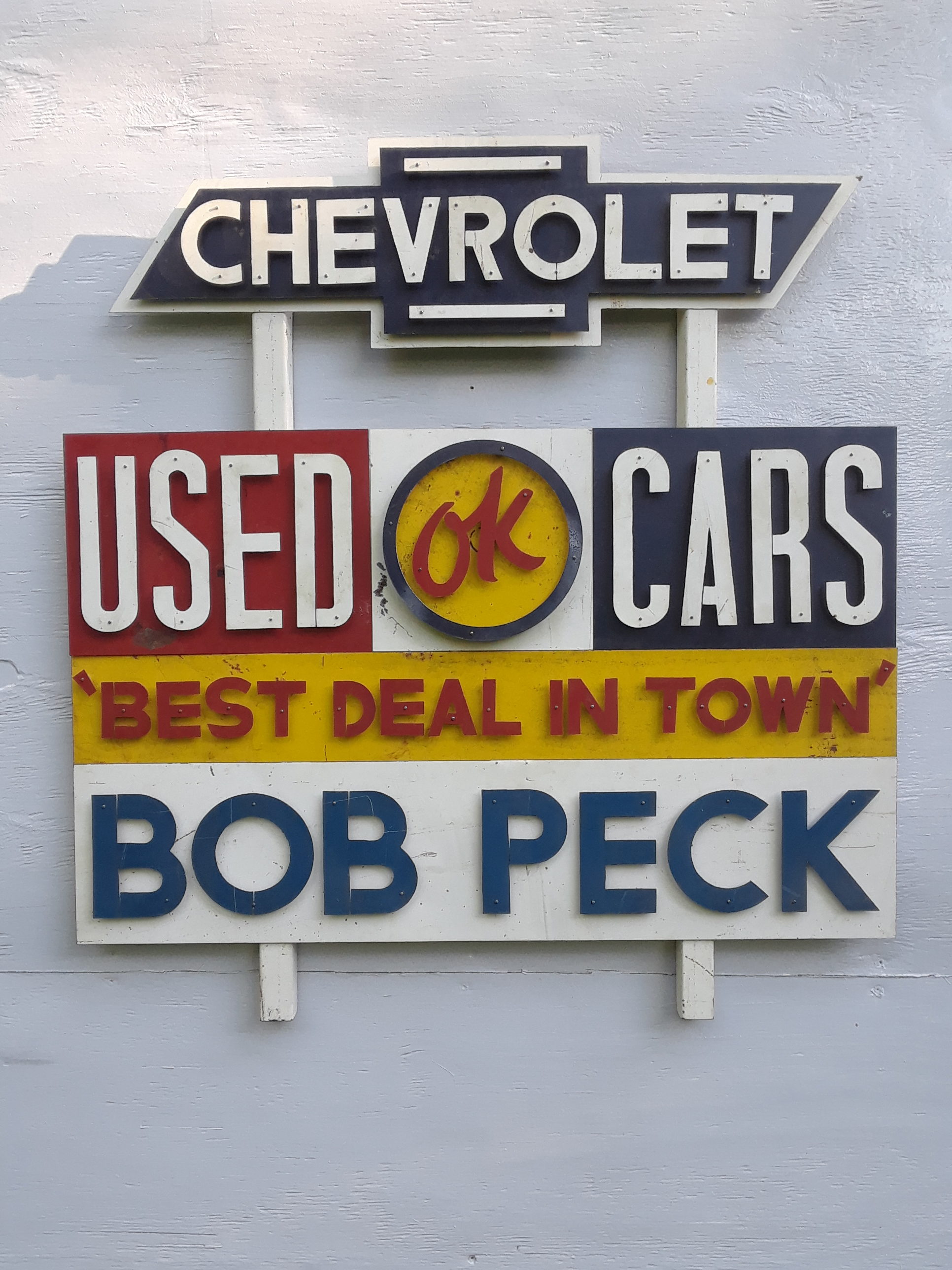 NFS – Used Cars sculpture: I remember this sign while stationed at the Coast Guard Recruiting Center in Ballston, Virginia in the late 1990’s. I admired the wonderful Googie styling of the Bob Peck dealership building and the clean look of their sign. A few years later, I found that local Maryland Artist Joseph Craig English had done a print of this sign. I still liked the sign, and really liked the way Mr. English captured it. His work still hangs in my house.
Around 2007, I began working with old sheet metal. The first piece was a sign arrow made from a Toyota Celica door I found in the woods. As I practiced my craft and researched around, I discovered the fantastic metal work of David Buckingham in Los Angeles. His work inspired me to create “Used Cars”.
This work measures 37×34 inches and is constructed of sheet metal from junk cars. I cut all the pieces with a sheet metal band saw. The whole piece is mechanically fastened using (very small) #2 screws and nuts, no glue, no welds. Several dead Chevrolets contributed to this work, also a 68 Mercury Montclair and a 60’s American Motors (AMC) Ambassador…